(top) mushroom and fallen oak tree limb on Bennett's tree farm, November 2019. (above) Digital drawing for screenprinting trials.
In my MS project in progress, I mix digital and textile media in order to question how these media can reveal materials and practices that make places, while the places also make them. These media, and their sited making, cross traditional distinctions between spaces and species. My inquiry moves between human and nonhuman materials and practices to examine who/what makes and gets made. I look at connected histories of cotton, rayon, and the making of a tree farm in Wilkes County, Georgia, USA. In particular, I investigate the writing of these histories, how they’re still edited and rewritten through the encoded exchanges of (carbon) ink and (cellulose) paper made together with trees, people, and, as it turns out, mushrooms. 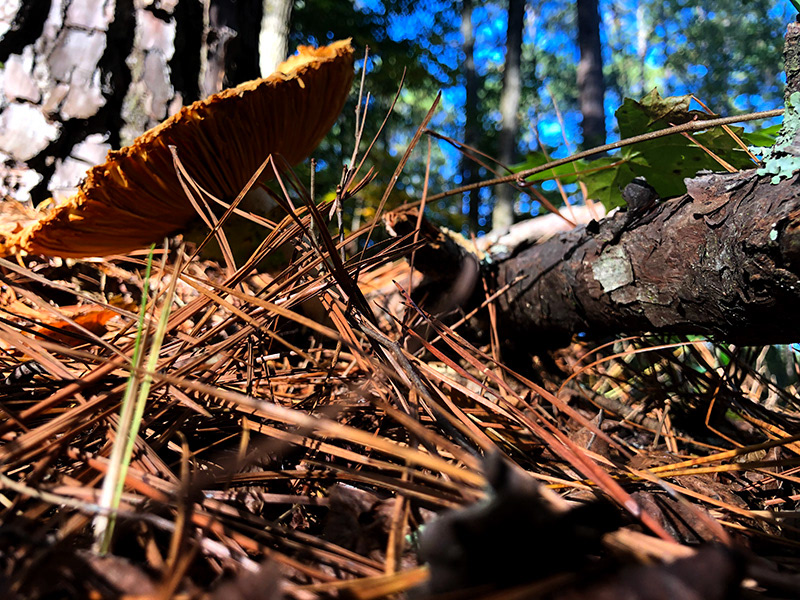 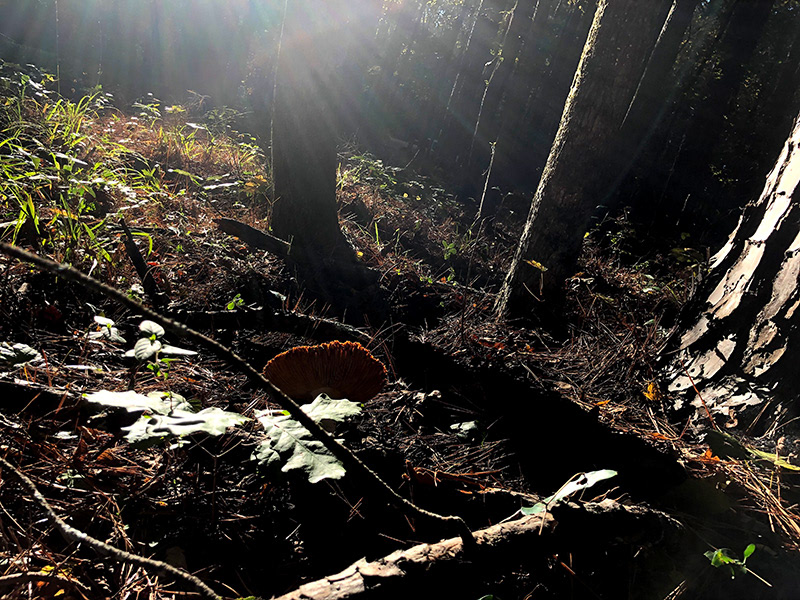 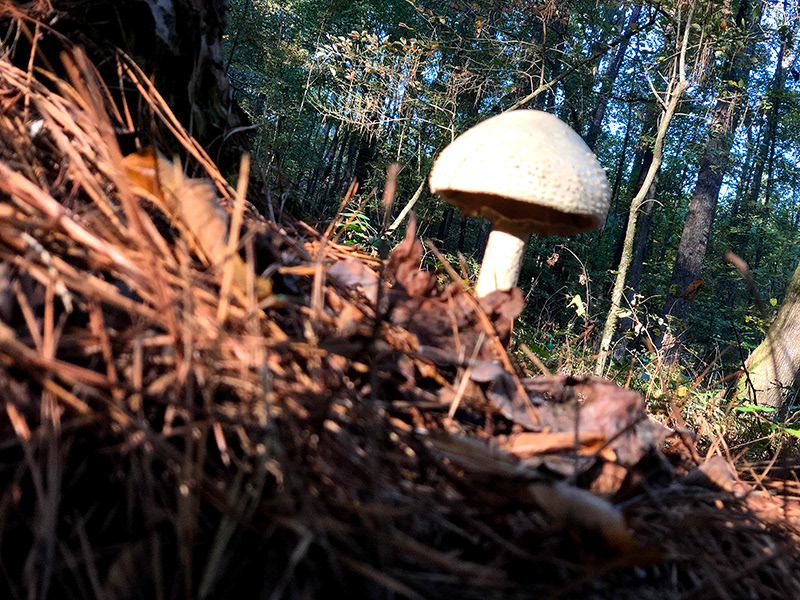 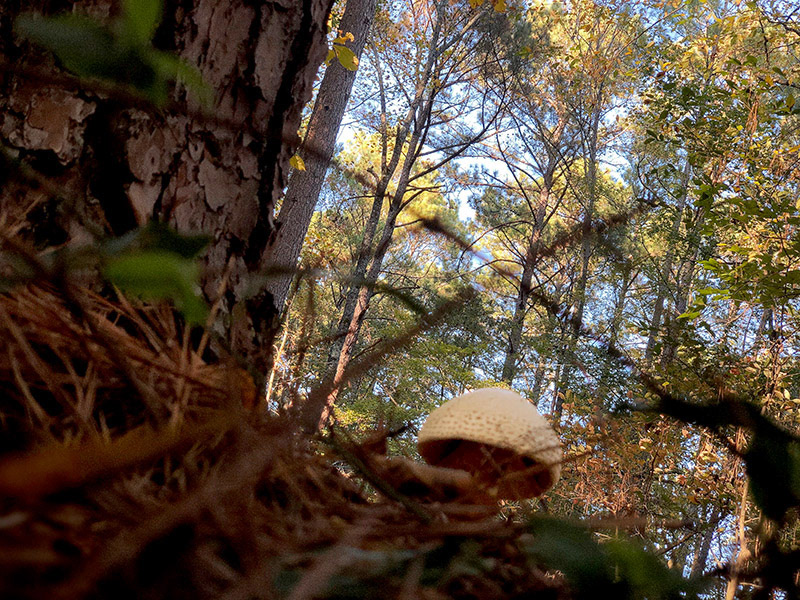 Digital photos, Bennett's tree farm in November 2019.
In this project, I’m weaving, printing, and etching text from the Bennett-McGill correspondence into textile letters made with cotton, rayon, carbon pigment, wires, sensors, and computer code. The letters address nonhuman and human editors: trees, mushrooms, and people living in, on, under, and between Bennett’s farm and McGill’s city, Atlanta. I’m digging up dirt in both places, delivering the letters first to arboreal and fungal editors: Their networked roots will cut, alter, and reink the letters underground, where the roots exchange messages encoded in carbon and nitrogen “texts.” Next I’ll unearth the letters, delivering them tattered and stained to human editors: Textile artists and foresters will reinterpret and reweave the embedded texts, adding perspectives from different practices, before I re-digitize the letter content. My question is: What will these co-edited letters say about the places and writers who make them, together? 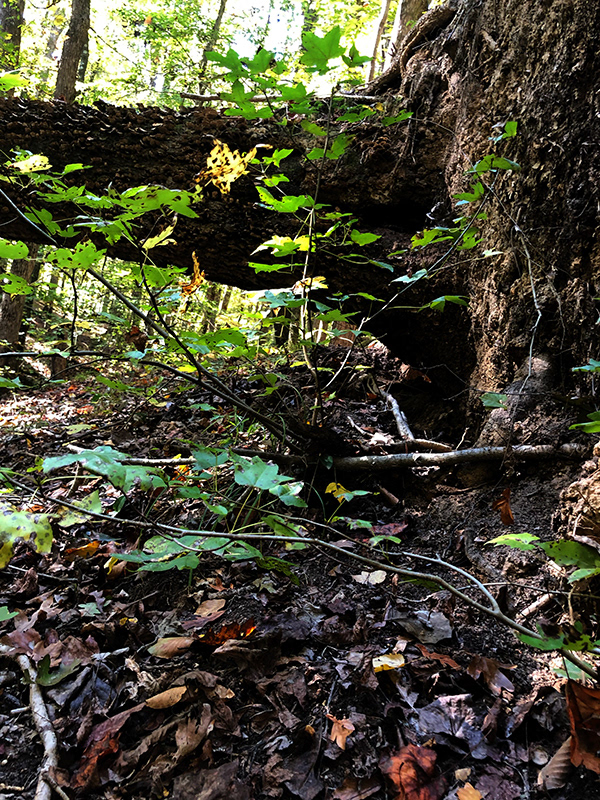 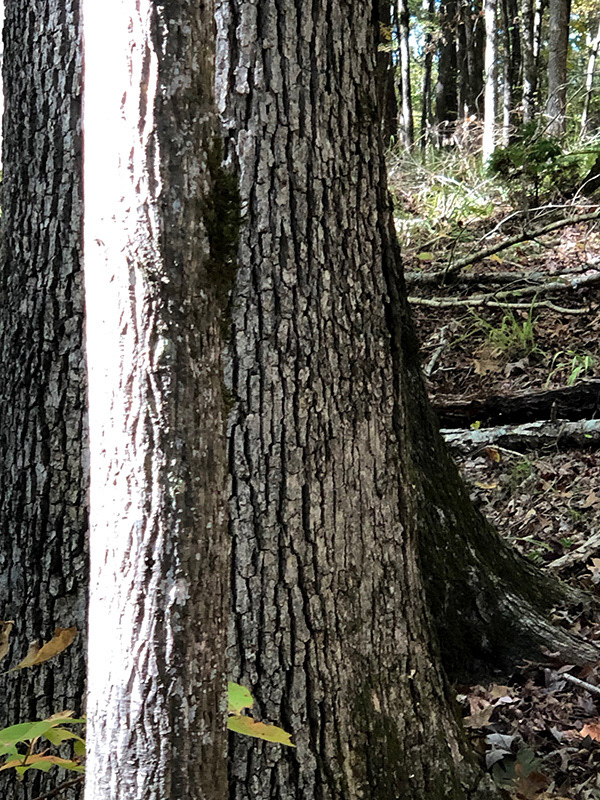 Digital photos, (left) an overturned mature oak with sweet gum saplings growing from the roots,  (right) a younger and an older oak on Bennett's tree farm in November 2019.

Street smarts, uncertain topographies and histories of
↑Back to Top